A preliminary decision by the U.S. Department of Commerce to impose a duty of almost 220 per cent on sales of Bombardier’s CSeries aircraft met with swift criticism from Bombardier, Quebec officials and the federal government.

Olivier Marcil, vice president of external relations at Bombardier, called the preliminary ruling “absurd” and said the duty was “completely disconnected from reality.”

Marcil also underscored that it’s a preliminary decision and said the real fight now begins to prove to U.S. regulators that Boeing was in no way harmed by the sale of CSeries jets to Delta Air Lines.

“Boeing did not compete against Bombardier in the Delta deal,” Marcil said. “It’s not like they finished number two on a deal — they were not even on the playing field.”

Boeing had complained that Bombardier inked a deal with Delta Air Lines for up to 125 of the jets by offering the planes at below-market price.

The U.S. Department of Commerce ruled that Bombardier benefited from improper government subsidies.

Marcil said Boeing’s only goal for pursuing Bombardier is “to stifle competition in their favour.”

No duties will be paid until an investigation by U.S. officials is final.

Bombardier is expected to deliver the first planes to Delta Air Lines next year.

“This is a frontal assault by Boeing against an important sector of Quebec’s economy,” Anglade said. “Quebec will take action to protect the interests of the aerospace industry and its employees.” 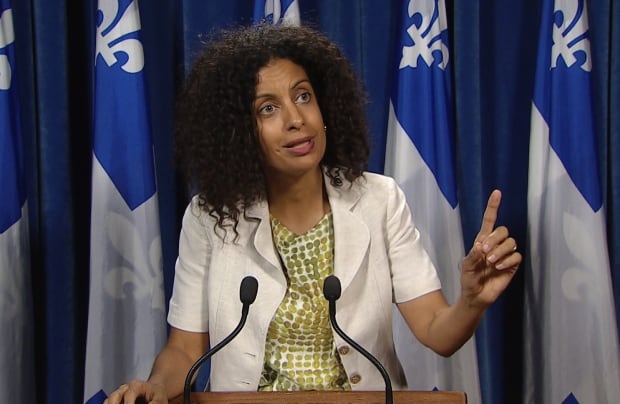 She warned that the U.S. government would in fact be shooting itself in the foot by imposing such a duty.

“The government of Canada cannot treat as a trusted partner a company which is attacking our aerospace sector,” she said.

The head of Bombardier’s machinists union said the duty could have “disastrous” implications for Bombardier, and that’s causing a lot of anxiety among employees.

“It could close the American market to us, and that’s the largest market there is,” Dave Chartrand said, noting that around 1,500 Bombardier workers are employed on the CSeries project.

“If U.S. customers … do not want to buy this plane because of these duties, that could become dangerous.”

In her comments, Anglade addressed aerospace industry workers and their families, telling them that Quebec’s government is with them.

“Quebec will fight tooth and nail to defend the industry,” she said. 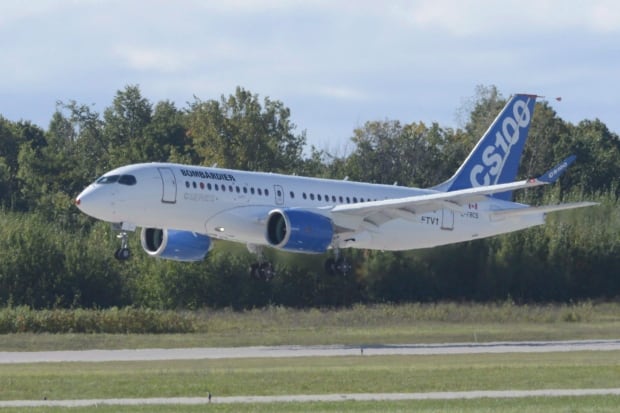 “We are outraged that Boeing’s attack will lead to possible punitive measures for Bombardier, even though it is a pernicious move by the U.S. carrier with no other purpose than to weaken a smaller competitor, ” said Yves-Thomas Dorval, the council’s president and CEO.

Dorval also expressed concern for the impact such a duty would have on Bombardier suppliers both in Canada and the United States.

“This decision will not only have an impact on Bombardier but on the entire ecosystem of suppliers involved in aircraft construction,” he said.

“This is an unfortunate and extremely serious precedent.”

Suzanne Benoît, president of Aéro Montréal, an industry cluster consisting of 200 companies, said the preliminary ruling will create uncertainty in the aerospace industry and asked for a quick resolution.

“We consider Canada’s and Quebec’s aerospace investments to be in compliance with international trade rules,” she said.

“It is in the interest of all companies that markets remain open and that competition stays healthy.”