A California witness at Ridgecrest recalled an incident from 1992 when he and his wife observed UFOs dropping to the ground level while experiencing a loss of time, according to testimony in Case 75071 from the Mutual UFO Network (MUFON) witness reporting database.

The reporting witness and his wife were returning home from a trip and traveling along a highway between Edwards Air Force Base and China Lake Naval Base when they pulled over. 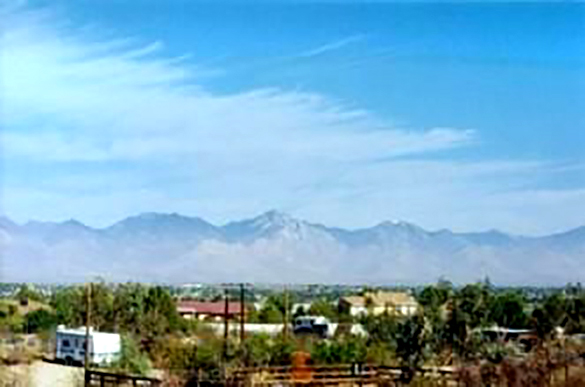 The witness and his wife took a roadside break in 1992 in Ridgecrest, CA, when multiple UFOs moved toward their location. Pictured: Ridgecrest, CA. (Credit: Google)

“The wife and I both got out of the car,” the witness stated, “with three small children asleep in the rear seat. We looked up and saw what we thought were stars, drop out of the sky and down into the valley where we were located.”

The two watched as the objects moved toward them.

“The objects were all around us. I was watching objects right off the ground coming right at us from across the valley with no sound get less than a half-mile from our position. And then the lights would go out.”

The witness watched as objects in the sky made maneuvers.

“I saw objects making moves in the sky that were impossible for a plane or helicopter. The G-forces alone would kill a normal human. Would catch out of the corner of my eye a dull, orange orb. When I would turn my head to look at it, it would just as quick duck below brush or a large mound of ground. Very close to where we were parked.” 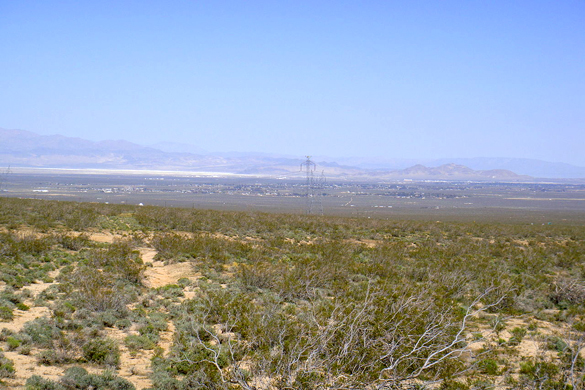 One of the objects moved very close to the couple and at near ground level. Pictured: Ridgecrest, CA. (Credit: Google)

The witness was soon separated from his spouse.

“At one point I lost contact with my wife, turned around, and she was standing in the highway looking at me. She said, ‘don’t worry, they won’t hurt us,’and that was not her talking.”

The witness then stated that he came face-to-face with an object at ground level.

“And then looking past her, on the other side of the road, is when I saw it. In the dark with no lights on, hovering just above the ground, with no sound, right out of a black-and-white sci fi movie, a disc-shaped UFO.”

The witness was unable to physically react to the situation.

“As I stood there looking at it, I could not raise my hand and point fast enough to say,‘look at that.’ In the blink of an eye, it shot off alongside of the highway.” 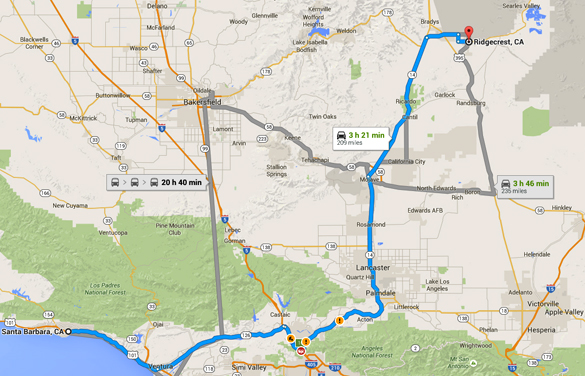 The couple experienced a loss of time during the incident. Ridgecrest is about 200 miles northeast of Santa Barbara, CA. (Credit: Google)

The witness reflected on the situation.

“It was 11p.m. when I pulled over. Next thing we knew; it was 8 in the morning. Almost in a daze, we both got back in the car. As I got back in the car, I noticed that the children were in the same position they were in when I got out of the car. The experience has had a profound effect on my life. Something one just can’t forget about. Not sure if I really want to know what happened during the hours I can’t recall or remember. It took place many years ago, but I feel it is time to tell my story.”

California MUFON Field Investigator Earl Anderson is investigating. Ridgecrest is a city in Kern County, California, population 27,616. Please remember that most UFO sightings can be explained as something natural or man-made. The above quotes were edited for clarity. Please report UFO activity to MUFON.com.