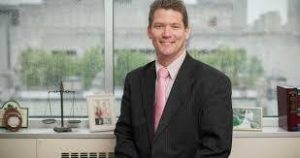 John Summers will be the first to tell you that he supports integrity and the commitment to family. However, he has an interesting way of showing it. For about one year now, John Summers has fought to ensure that Dezrin, a mother and Raymond, her son who love each other, as close knit mothers and sons tend to, never see each other again.

However, a lack of reasons for preventing a law abiding son and mother from seeing each other has not stopped John Summers.

Mr. Summers has championed an unlawful effort by Horace, his client, to prevent Dezrin, his wife and, Raymond, her son from seeing each other. To this end, Mr. Summers has shown great skill in the use of lies and deception. These include John Summers’ submission to the Ontario Superior Court in Ottawa that Raymond suffers from “mental illness” that’s a threat to his Mother. After all, why rely on evidence when you can make it up?

Back in the Spring 2016, John Summers also lied about his client being ignorant of court procedure causing him to not file a defence. This is the same client who was so confident about his legal skills that back in the 1990’s he fired his lawyer at the time, and represented himself in Federal Court.

Most recently. On 24 March 2017, John Summers admitted to Justice Macloed at the Ottawa Courthouse that he has never ever even met Dezrin. In response, Justice Macloed asked that he and an envoy from a very established local religious organization meet with Dezrin to re-confirm her desire to see her son that she has historically maintained since forcible separation by her husband back in April 2015.

In Horace’s apparent fear that such a meeting would lead to Dezrin and her son seeing each other again, John Summers reported back saying that his client doesn’t want neither him, his own lawyer nor this envoy seeing Dezrin.

If John Summers were a lawyer of integrity, he would insist to his client that he and the envoy endorsed by the Court would be allowed to meet with Dezrin to confirm her interest in seeing her son, as condition of his legal services. However, Mr. Summers instead decided that he would accept his client’s apparent perpetuation of abuse, neglect and forcible isolation which has resulted in conditions of profound psychological trauma against Dezrin.

Although Dezrin has been physically disabled under a pattern of abuse and neglect by his client, John Summers also admitted to Justice MacLoed that Dezrin remains mentally cable. However, John Summers has sought to ignore Dezrin’s mental capability by going along with his client’s desire to pursue what could be described as the criminal denial of Dezrin’s rights to have any desire that she has to see her own son ignored.

Is it okay for someone to abuse a spouse or significant other to the point of physically incapacity and then for that person to ignore the independent will of that human being? Is it okay for a lawyer to turn a blind eye to the cries of that human being who has been essentially forcibly confined by his client? Don’t physically disabled people have rights in Canada? Don’t lawyers have a professional responsibility to the court for the testimony of their clients to based on integrity, and especially so when human lives are at stake?

How does a lawyer who claims to support the values of integrity, a commitment to family, and the rule of law required of his profession then participate in what could be described as a de facto criminal conspiracy to ignore the civil rights of a mentally capable person that is affirmed by the Canadian Charter of Rights and Freedoms.

Does Mr Summers have any empathy for Dezrin’s plight and sovereignty as a human being, and Raymond’s efforts to defend his Mom’s rights? Or is Mr. Summers primarily concerned about getting his next legal retainer fees from his client, even if those fees could be construed as a form of “Blood Money”?

We, the undersigned united say that no person who is so willing to ignore the pleas and cries of a defenceless elderly woman who had documented her abuse in writing when she could still write, is fit to be practicing law in Ontario, Canada or anywhere else.

John Summers doesn’t have integrity to ensure that the rights of a Mother is respected in his effort to champion a sick and elderly Mother and her son to never to see each other again. In the process John Summers has turned his back to both human suffering and basic professional ethics.

We, the undersigned, deplore the professional behaviour of John Summers as an attack against the loving relationship of mothers and sons / their children everywhere that cannot be ignored.

Lawyers should not be allowed to support the possible criminal actions of their clients that threatens quality-of-life or lives of fellow humans beings based upon a pattern of verifiable lies and deception.

The defence of a client’s interest shall not include participation in either an apparent criminal conspiracy or support for activities that threaten lives through the calculated use of client and tactics of macabre deception.

We, the undersigned say that John Summers has thrown the legal profession into disrepute by being willing to perpetuate the infliction of conditions of torture and psychological trauma by his client against another human being, against the better judgement of the Court that has sought to endorse the importance of establishing the independent will of an abused woman.

We, the undersigned support the Law Society of Upper Canada disbarment of Mr. John Summers from further practicing law as a result for having breached professional ethical standards that has endangered and/or oppressed human life in relation to fundamental rights and freedoms.

This petition will be delivered to: