The incident happened in the tourist town of Grand-Bassam, a UNESCO World Heritage site located 25 miles from the city of Abidjan.

In a visit to the town, President Alassane Ouattara said 14 civilians were killed in the attack, as well as two members of the country’s special forces unit.

At least one of the victims was of French nationality, Le Monde reported.

Photos from the scene showed several bloodied bodies lying motionless on the sand, while some were loaded into trucks and vans. 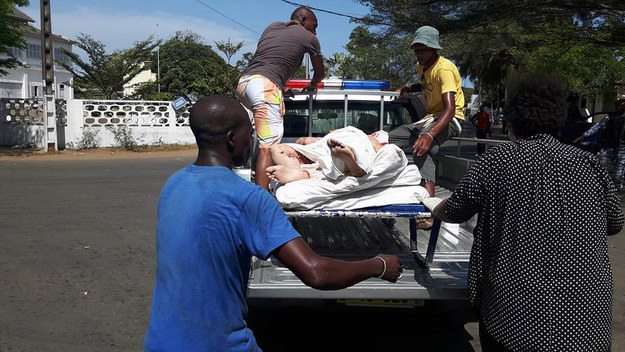 “Searches are being conducted,” he said. “A detailed toll will be communicated in the coming hours.”

“We invite people to remain calm,” he said.

Al-Qaeda in the Islamic Maghreb has reportedly claimed responsibility for the attack, according to the SITE Intelligence Group website, which monitors jihadist organizations.

In a message, the north African Islamist group said “three heroes” had carried out the attack.

Josiane Sekongo, 25, told the Associated Press she ran outside of her home upon hearing shots ring out and saw people running from the beach.

Witnesses and a correspondent told Radio France International a handgun was used to fire shots on the beach, as well as at the l’Etoile du Sud hotel.

Military vehicles carrying heavy machine guns were directed to the scene, and photos showed civilians being escorted away in the back of trucks. 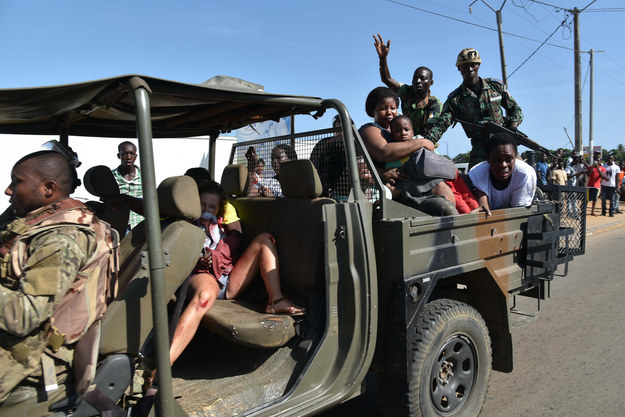 Writing on Twitter, the U.S. embassy in Abidjan said there were no confirmed reports that any Americans were harmed.

Alain Lobohnon, deputy mayor of the town of Fresco, which also sits on the country’s Atlantic coastline, tweeted his country had “joined the list of victims of terrorism.”

“We are in mourning,” he wrote. “Together, we will overcome this tragedy.”

In recent years, Ivory Coast’s neighbors have been the victims of deadly terror attacks. More than 30 people were killed after al-Qaeda attacked a hotel in Burkina Faso in January, while Mali has also seen jihadists launch attacks on hotels, including one such incident in November which killed 22 people.

Writing on Twitter, French President François Hollande said he “forcefully denounced the cowardly attack” and expressed “to the victims and their families the solidarity of France.”

Large Explosion Kills At Least 34 In ...