Montreal
Home›Montreal›Is there life after Uber? What Montreal could learn from Austin, Texas

Is there life after Uber? What Montreal could learn from Austin, Texas

If ride-hailing giant Uber carries through with its threat to pack up and leave Montreal next month, the city might want to look to the example of Austin, Texas, about how to fill the void.

Austin is often cited as an example of a city that stood up to Uber’s perceived corporate bullying and won, refusing to blink in a regulatory showdown with the multinational giant with deep pockets.

Uber left town, but ride-hailing in Austin survived and thrived with new models.

For a little while, at least.

Uber arrived in Austin in 2014 and quickly became popular in the city known for universities, music festivals, and tech companies.

But like Quebec, as Uber’s popularity grew, local governments tried to introduce regulations and Uber chafed.

The main sticking point came when the City of Austin wanted to require all Uber drivers to get a fingerprint background check administered by the city.

Uber argued that requirement was too arduous and wouldn’t work with its business model.

Uber gathered signatures from its members to put the new rules to a vote as a ballot initiative, and spent millions trying to convince people to side with them.

The move backfired. Voters sided with the city.

The day after the result was announced in May 2016, Uber left town.

That’s when a group of tech entrepreneurs in Austin decided to do something to fill the void.

They invested money and expertise to develop their own ride-hailing service, called Ride Austin.

“There is life without Uber, and you can definitely set up your own successful ride-share organization,”  Bobbi Kommineni, vice-president of strategic programs and operations for Ride Austin, told CBC.

“The key difference is that we’re non-profit. We didn’t build Ride Austin to make money. We built Ride Austin as a service to the community,” Kommineni said.

Kommineni said it took about a month to develop the app. Ride Austin hired many ex-Uber drivers who’d been left in the lurch when the company left town.  And because it was set up as a non-profit, it was able to pay drivers a lot more.

While Uber takes a cut of about 20 per cent of each fare, Ride Austin takes only two per cent.

Kommineni said they started off slow in June 2016.

“I think on the first day we did 116 rides and we thought ‘oh wow, that’s great’. We were operating in one zip code of Austin downtown,” she said. 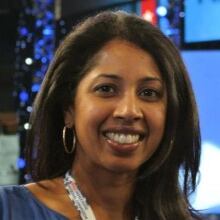 Bobbi Kommineni with Ride Austin said the company’s strength is that it’s non-profit.

“We grew very, very fast. Once people knew we were available, they were using us across the city,” Kommineni said.

She said by last spring, Ride Austin was averaging about 60,000 rides a week.

Other small startups and ride-hailing services moved into Austin as well and flourished.

Uber was gone, but life went on. Some said for the better.

Then Uber came back.

Uber tough to compete with

From the time it left Austin, Uber began lobbying politicians at the state level in Texas.

Last May, Uber returned to Austin. Some of the smaller ride-sharing services left town.

Susan Shaheen, co-director of the Transportation Sustainability Research Center at the University of California at Berkeley, said the Uber model is difficult for customers to resist, even when they have a viable local alternative.

“Uber has that scale and that distribution, so people perhaps wait less time to make that ride match. We know that wait times are part of the success factors of these companies,” Shaheen said.

“Another major factor is that larger companies such as Uber subsidize rides, so they’re cheaper,” she said.

Kemmoneni said Ride Austin will soldier on, focusing on the advantages it has over Uber.

As many Montrealers lament Uber’s possible departure, Shaheen said Austin’s year without Uber showed that life can go on.

“I don’t necessarily see that as a tremendous obstacle to cities, as long as they have a vibrant alternative to on-demand mobility,” Shaheen said.