‘I got fooled, basically’: Confusion over flood zones leaves Laval man homeless and $20K in debt

When Lassaad Gharbi bought his dream home on the banks of the Rivière des Prairies, its waterfront view was a major selling point.

A year later, that proximity to the water led to the destruction of his house — and his financial future.

“It breaks my heart,” said Gharbi. “I got depressed for so long.”

During last spring’s historic flooding, his property on Terrasse des Lilas in Laval was swamped by more than two metres of water.

His foundation caved in in the deluge. His living space wrecked, he was left homeless.

Gharbi didn’t even know his house was in a high-risk zone.

“I got fooled, basically,” he said. 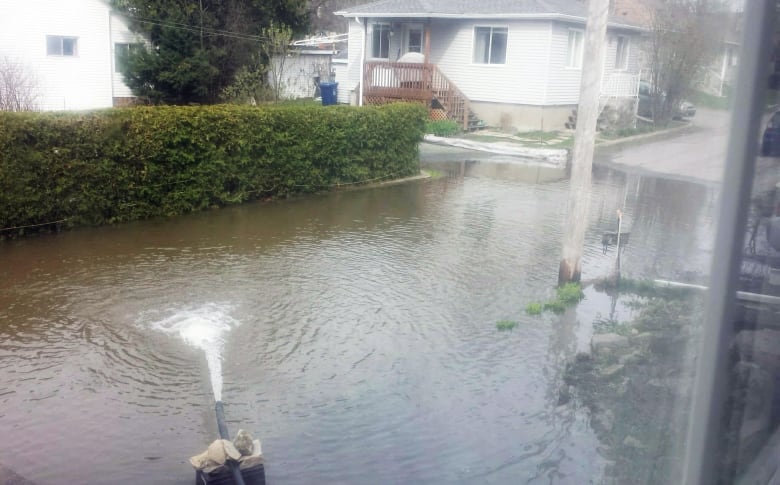 When Gharbi bought the place in April 2016, the land survey he got from the seller showed his house was not in a zero-to-20 year — or high-risk — flood zone.

After the flood, the City of Laval made Gharbi hire a surveyor to draft a new land map to determine whether or not he could rebuild.

That survey, based on 2014 data commissioned by Laval, showed something totally different — nearly his entire house was in the high-risk flood zone.

“Had I known I would have never gone through all of this,” said Gharbi, “I would have rented or bought somewhere else.”

Now the province won’t let him repair or rebuild, and its buyout offer of $186,000 won’t cover the balance on his mortgage, leaving him nearly $20,000 underwater.

“It’s killing me inside, to be honest,” Gharbi said. “All my salary is going between my mortgage and my rent.”