Kanesatake community fights to keep its place on the radio dial

People in the Mohawk community of Kanesatake, northwest of Montreal, say their only radio station is under threat from a proposed station in Lachute, Que.

Residents tuning into 101.7 FM have heard static since last July, when CKHQ Kanesatake United Voices Radio had to shut down because of water damage in the station office.

The station planned to reopen in a new location, but in March the community found out about an application for a Christian-music radio station in Lachute, about 30 kilometres north of Kanesatake. 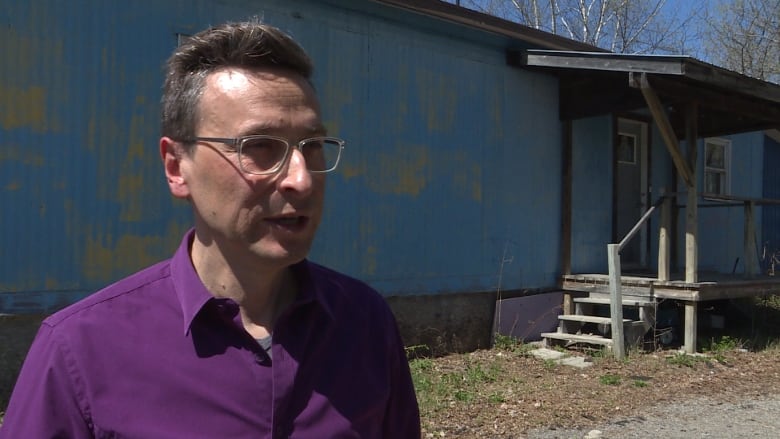 ‘We’re going to lose the future of our station,’ says Syd Gaspé, one of the co-founders of CKHQ. (CBC)

A religious organization called Aujourd’hui l’Espoir wants to operate on the same frequency as CKHQ  — 101.7 MHz — which has CKHQ worried about signal interference.

Broadcast consultant Michel Mathieu was hired to help CKHQ get back up and running, with eventual plans to expand its signal.

Mathieu says a high-powered station so close by would cause serious interference to the signal in Kanesatake.

“The transmitter sites are too close,” Mathieu explained. “101.7 in Lachute would destroy [the Kanesatake signal], so it wouldn’t work.”

CKHQ operates under 50 watts, making it a low-power radio station. In a letter to the  Canadian Radio-television and Telecommunications Commission (CRTC), Mathieu explained that this leaves the Kanesatake station unprotected.

If the Lachute station is approved, Mathieu fears his clients might have to find another frequency on which to broadcast, which would be difficult given FM band congestion near Montreal.

“We tried to negotiate with the other party, tried to find an agreement agreeable to both parties,” Mathieu said. “The answer was dead air, like we say in radio.”

Mathieu thinks Aujourd’hui l’Espoir should find another frequency for their proposed station, suggesting there could be some spots on the AM band.

‘Something to have as our own’

Gaspé wants to get CKHQ back on the air because he sees it as an vital part of Kanesatake’s culture. 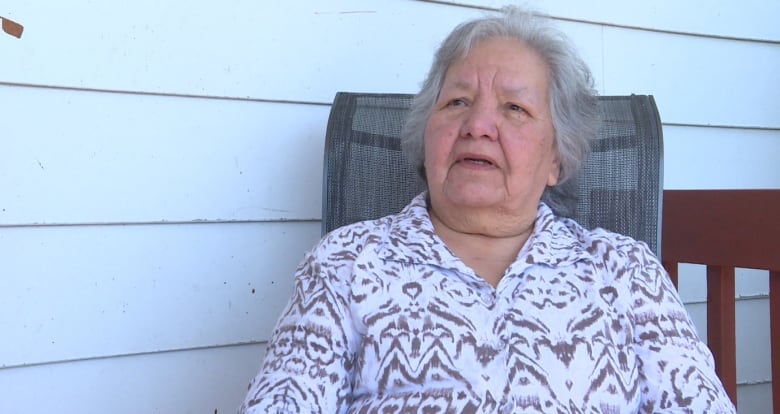 Teacher Josephine Delorimier-Gabriel says she often used the Mohawk-language broadcasts as a teaching tool. (CBC)“It’s a very important communication tool for the community,” Gaspé said. “Our objective was always to promote the Mohawk language, which is threatened because we’re so close to a metropolitan area and so influenced by the outside.”

“A lot of our young people would put on the radio to listen to it, and if they heard the language on it … they started talking,” Delorimier-Gabriel said. “They would pick it up that way.”

“It brings people together, and it’s something to have as our own,” she said.

Hearing on the way

A CRTC hearing to consider Aujourd’hui l’Espoir’s application is scheduled for the end of the month in Gatineau.

Mathieu made a formal request to the CRTC that a public hearing be held, so that Kanesatake Mohawks can share their concerns in person.

CBC reached out to Aujourd’hui l’Espoir and the company handling its application, LS telcom.

Both declined an interview.

In a written statement, a spokesperson for the CRTC said feedback from Kanesatake will be considered by the commission.

‘I got fooled, basically’: Confusion over flood ...