640 calls to ambulances have been made since Monday in relation to extreme heat, says city health director

Six Montrealers have died in connection with the ongoing heat wave, and the city has unveiled its emergency response plan to avoid a spike in the number of deaths.

Health officials said Tuesday they raised the city’s response level from “alert” to an “intervention” after noticing an increase in calls to 811 — the Info-Santé line — and to ambulances in relation to the extreme heat.

Since Monday, Montreal residents have made 640 calls for ambulances, officials said.

Under the city’s existing guidelines, it can escalate its response plan from an alert to an intervention after three, consecutive days during which temperatures reach above 33 C.

But officials worried the number of deaths could increase sharply if they didn’t act today, so they preemptively increased their response level, Drouin said.

“We see clearly that we’re at the beginning of increases, which will continue to go up over the coming days,” Drouin said.

Mayor Valérie Plante said the safety of residents is “of the utmost importance” during the ongoing heat wave, which saw temperatures reach more than 45 C with the humidity this past weekend.

At a morning news conference, Plante said the city has already distributed 17,000 litres of water to organizations which work with the city’s homeless. 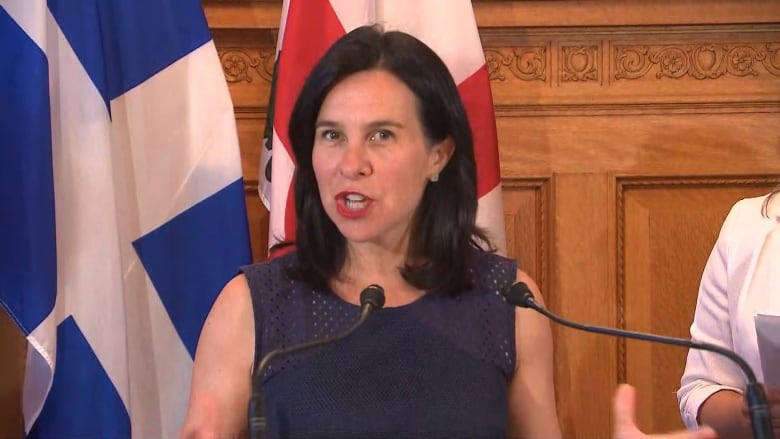 Mayor Valérie Plante asked Montrealers to check on their neighbours during the heat wave. (CBC)

It has also extended opening hours at pools and water pads.

As part of the city’s plan, firemen and police officers have visited 1,300 homes across the Montreal area so far.

Plante said they will be visiting about 5,000 homes.

According to Bruno Lachance, Montreal fire department chief, firefighters check on citizens during these house calls, and if the heat is seriously impacting them, they will send them to hospital.

He said only one person has been referred to emergency services this way so far. 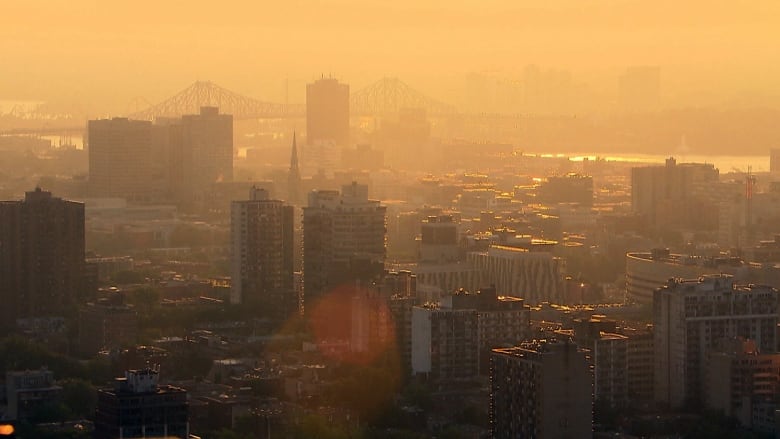 For her part, Plante encouraged Montrealers to help their neighbours and check in on those who may be more vulnerable to the heat, such as the elderly and people with medical conditions.

High heat and humidity until Thursday

Environment Canada has issued a heat warning for southern Quebec, which is expected to last until Thursday.

With the humidex, temperatures could reach between 35 and 40 C today, and over 40 C on Wednesday, the agency said.

To beat the heat, the city recommends: