Business
Home›Business›Machines vs. cashiers: Why shoppers are so divided over self-checkout

Machines vs. cashiers: Why shoppers are so divided over self-checkout

More than a million people clicked on a CBC News story last week about some retail stores removing their self-checkout machines. Thousands of readers also left comments, many staunchly taking a stand either for or against self-checkout.

The machines are now ubiquitous in many large retail stores, yet self-checkout remains a divisive issue among Canadians.

So what’s driving the debate? Turns out, age can be a factor as well as one’s view on whether the technology represents progress or a step backward as shoppers — aided by machines — do the work of cashiers.

“A lot of people do see self-checkout as a threat to workers,” said Sylvain Charlebois, a professor at Halifax-based Dalhousie University specializing in food distribution and policy.

“That’s probably why the debate is so emotional for a lot of people.”

These tweets in reaction to a CBC News story on self-checkout show how divided readers are.

Self-checkouts are supposed to cut costs for retailers and provide choice for consumers. A recent U.S. survey suggests age can influence who’s drawn to them.

Forty-six per cent of respondents aged 18 to 34 said, when given a choice, they prefer using self-checkout over a cashier.

That preference declines with age: 35 per cent of respondents aged 35 to 54 said they favour self-checkout, and only 19 per cent of those 55 and older would choose the machine over a cashier. 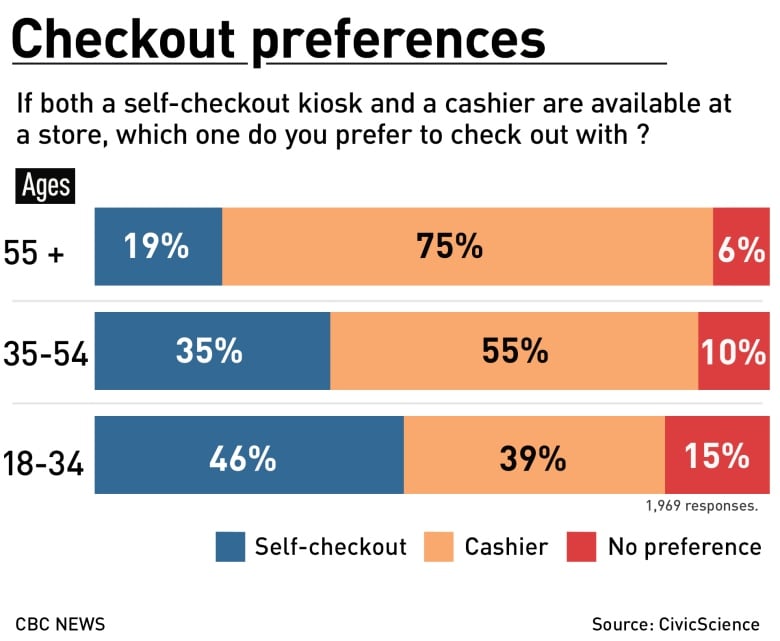 Although the machines have improved over the years, they’ve frustrated many shoppers, especially when they involved extra steps like weighing produce or applying a discount.

“They’re not daunted,” she said. “Troubleshooting a self-checkout terminal is not an issue for them. It doesn’t ruin their day.” 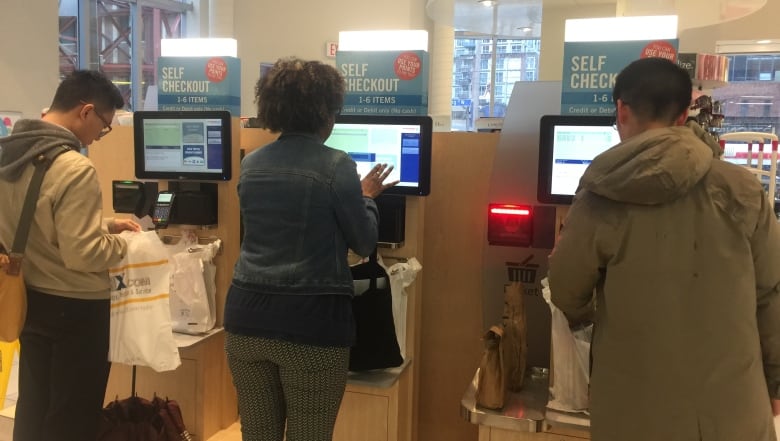 A recent study suggests that age might be a factor when it comes to choosing self-checkout over a cashier. (CBC)

David Ruta, 65, of Napanee, Ont., was turned off self-checkout about four years ago when, after scanning the only item he had, the machine insisted he scan a second item.

“I didn’t have one,” he said. “Then it stopped working for the [employee] who tried to help me, and that’s when I left the store.”

In contrast, 34-year-old Matthew Easter, of Ottawa, says he’s found self-checkout machines quite seamless and believes they speed up the process.

“Why would I wait 10 minutes, maybe more, when I can check myself out in 30 seconds?” said Easter, who will only shop at grocery stores that offer the machines. 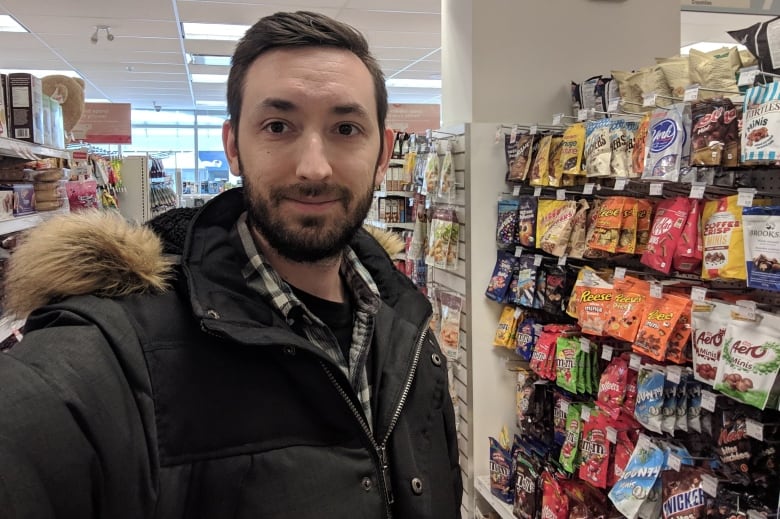 Matthew Easter of Ottawa will go out of his way to shop at a grocery store that offers self-checkout. (Submitted by Matthew Easter)

What about the jobs?

Many people believe self-checkouts are part of an inevitable shift to automation.

But those who prefer to use cashiers often fear the machines will lead to fewer of them and longer lineups — and they don’t see that as progress.

Although he’s a senior, Ruta says he’s not intimidated by self-checkout technology but instead is concerned about its effect on retail workers.

“I just would rather interact with a person,” he said. “You put in these self checkouts, you’re going to eliminate jobs.”

“They shouldn’t be able to take away jobs from workers, force the customer to do that work for them for free.” 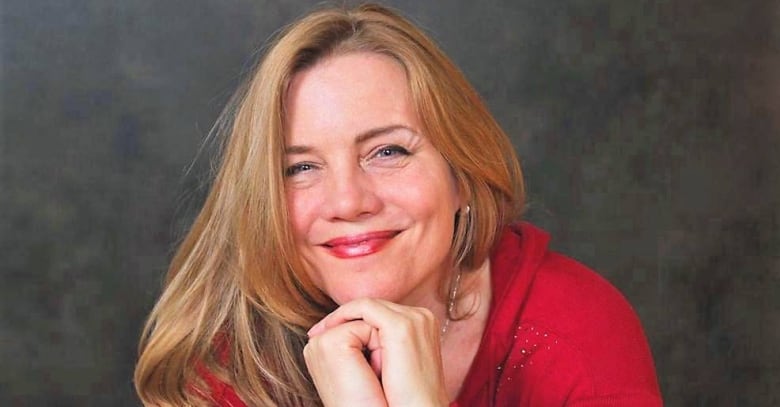 Although it has added more self-checkouts to many stores, Walmart Canada told CBC News the move hasn’t resulted in any job losses. Instead, some employees were re-deployed to other positions such as customer support for self-checkout.

But that may not always be the outcome. U.K.-based research and consulting group RBR said the number of self-checkout kiosks shipped to Canada tripled in 2017 compared to 2016, though it declined to provide exact figures. RBR attributed much of the growth to “labour pressures” created by recent minimum wage increases in some provinces.

Over the past couple of years, grocery chain Metro and retail giant Loblaw both announced they would increase their self-checkouts in select stores to help offset the higher cost of wages.

According to the World Economic Forum’s 2018Future of Jobs report, many jobs that can be replaced with automation, including cashier positions, are “expected to become increasingly redundant” over the next four years.

However, the study suggests that the job losses could be more than offset by the emergence of many new positions. But the questions remains what type of jobs will emerge and what happens to less-skilled workers. 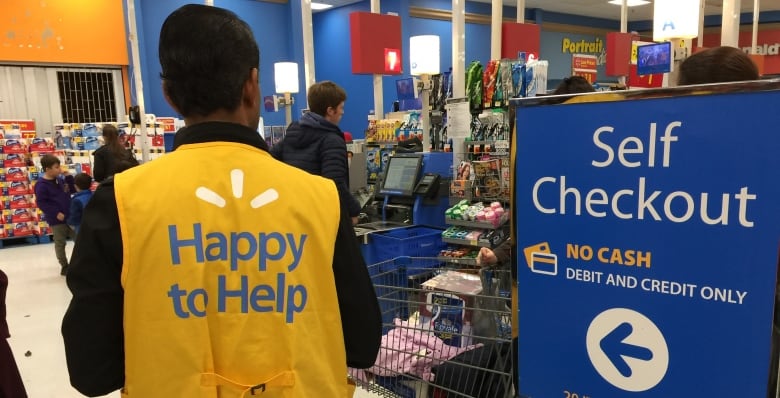 Walmart Canada says some cashiers have been re-deployed to other positions such as customer support for self checkout. (CBC)

That doesn’t placate shoppers like Ruta and MacKinnon, who still worry about displaced workers and how automation will change the shopping experience.

“I prefer to be served by a human being,” said MacKinnon.

If there’s a labour shortage, how come ...