People living near the Deschê​nes Rapids say kayakers and other thrill-seekers on the Ottawa River are putting a vulnerable colony of waterbirds at risk.

A rocky islet about 50 metres off Aylmer’s Parc des Rapides-Deschênes is home to double-crested cormorants, great egrets and two kinds of heron, great blue and black-crowned night. Experts believe it could be the largest colony of its kind in the region.

All the breeds but the cormorants are listed as protected under the federal Migratory Bird Convention Act, and all are either incubating eggs or nest-sitting hatchlings.
That means it’s not a good time for visitors, but humans keep dropping by anyway.

‘They’re sitting on their eggs’

Last weekend, experienced Ottawa birder Brian Tychie, 68, settled into a spot on the Aylmer side of the river with his powerful telephoto lens.

People do these things and they don’t even realize they’re having a negative impact on the environment around them.– Jack Hughes, Canadian Wildlife Service

He watched as a flotilla of kayakers took advantage of high spring water levels and fast-moving currents in the white water surrounding the island, also home to the ruins of a disused electric generating station.

Then he watched while several kayakers paddled ashore and stepped onto the island, disturbing a number of the birds and forcing them from their nests.

“They’re sitting on their eggs,” Tychie said. “Some of them have hatchlings, and you’re not sure if they’re going to abandon the nest, or what’s going to happen.”

Later, a Jet Ski passed so close it spooked many of the adult birds, which flocked into the island’s thin covering of trees for safety.

“We sort of take them for granted,” Tychie said. 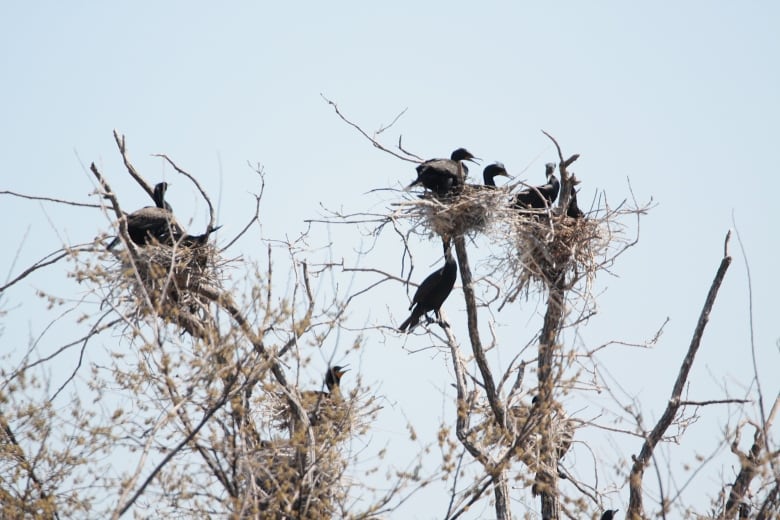 Double-crested cormorants, native to the area and once plentiful, are beginning to show signs of recovery and have established a colony near the Aylmer island. (Brian Tychie)

Tychie, a former Parks Canada employee, suspects the visitors aren’t aware of the birds’ vulnerability, especially during the spring nesting season, and suggests some sort of information campaign including warning signs along the shoreline.

Jack Hughes, a wildlife biologist with the Canadian Wildlife Service who specializes in the assessment and management of migratory bird populations, believes the colony chose the island precisely because of its isolation.

The fast-moving water prevents land-based predators such as foxes and raccoons from reaching the nests, where egret, heron and cormorant eggs laid in late April and early May incubate for about four weeks.

After they hatch, the baby birds remain in the nest for another four weeks, during which they’re fed and kept warm by their parents. 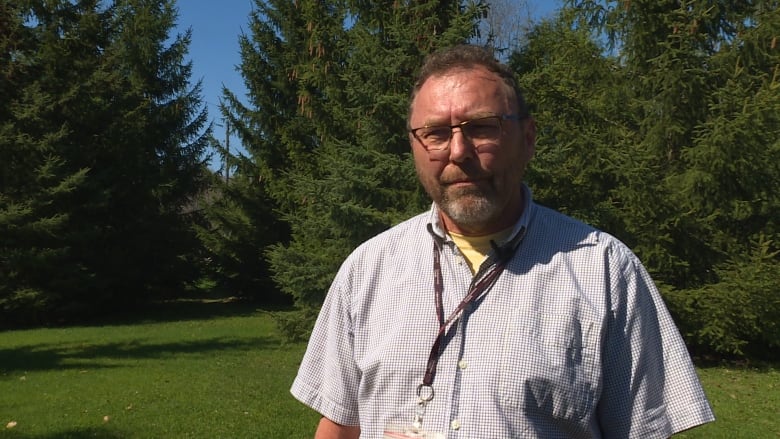 ‘If they’ve chosen it, it’s because it’s a good spot,’ said Jack Hughes, a biologist with the Canadian Wildlife Service. (Stu Mills/CBC)

“This is a crucial time of year for them to raise their young,” Hughes said.

A passing Jet Ski could potentially disturb dozens of nests in such a densely-packed colony, he said. Frequent and persistent disturbances could hinder the growth of the hatchlings and leave them vulnerable to winged predators such as crows.

“People do these things and they don’t even realize they’re having a negative impact on the environment around them,” Hughes said.

Installing warning signs would require the permission of Quebec’s Ministry of Transport, which owns the island.

Hughes said the Canadian Wildlife Service will begin tracking complaints, and may start monitoring the island and speaking with kayakers and other recreational users. 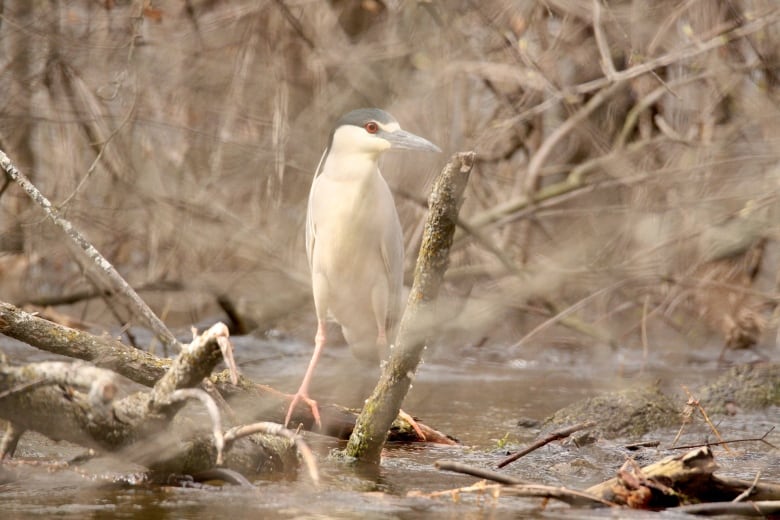 Black-crowned night heron can also be spotted on the island in the Deschê​nes Rapids. (Brian Tychie)

Longtime Aylmer resident Rick Belanger, who’s been walking the paths along the river near the rapids since the 1950s, agrees with that approach.

“They might come at the beginning or the peak time and sensitize people to what’s going on over there,” Belanger suggested.

A Rescue Mission Is Underway To Save ...