Trials and triumphs marked the 20th-century story of Montreal’s Jewish community, and the city’s social history museum is putting that story on display.

Shalom Montreal is the result of two years of planning, said the McCord Museum’s president and CEO, Suzanne Sauvage.

It follows in the footsteps of exhibitions highlighting other cultural communities in the city — like the Irish and the Scottish.

“We’ve decided to select contributions that have really shaped the city and been integrated in the culture of Montrealers in the 20th century,” Sauvage said. 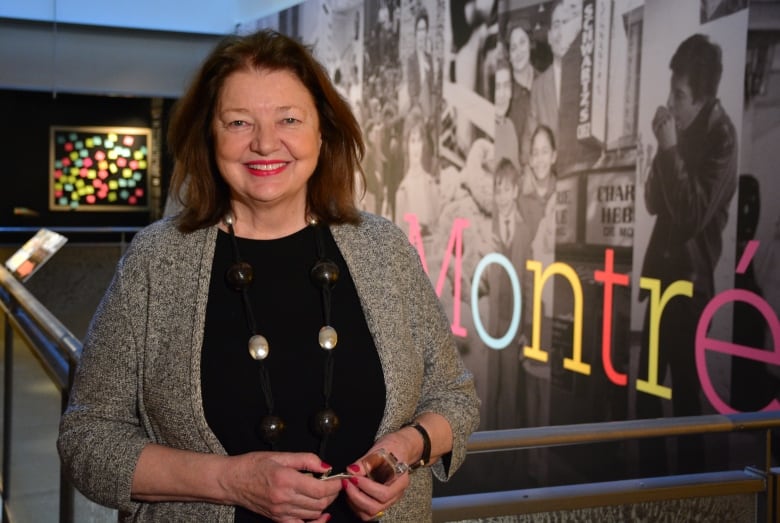 It opens with a look at a dark chapter in Canada’s history, when Jewish people were turned away during the Second World War.

It then looks at local anti-Semitism, as found in signs that made it clear Jews weren’t welcome in Quebec.

In one example, photographed in the Laurentians in 1939, a sign reads “Christians only. Jews not.” 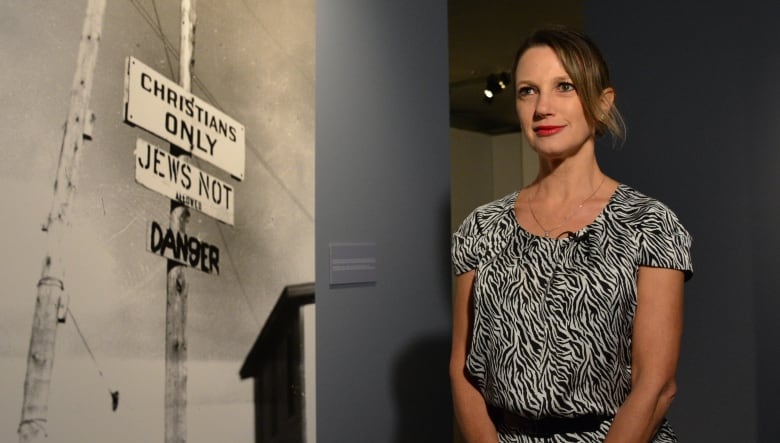 Heidi Hollinger, a 5th-generation Jewish Montrealer, said this photo taken in the Laurentians in 1939 is one of the most moving pieces in the exhibition. (Charles Contant/CBC)

Renowned Montreal photographer Heidi Hollinger, a spokesperson for Shalom Montreal, said it showed how close-minded that society was.

“There are still people who are close minded,” she said.

Another room is dedicated to hospitals in Montreal and the challenges the Jewish community faced in getting treatment.

The Jewish General Hospital was created because of the discrimination Jews faced, both as patients and to become doctors.

Sauvage said in the 1930s, Dr. Samuel Rabinovitch was a catalyst for the creation of the Jewish General, after he was the focus of a protest by French Canadian doctors who didn’t want him on staff at Notre-Dame Hospital.

She said the mission of the hospital was to open its doors to everyone and to fight anti-Semitism.

“Today, it’s one of the best [hospitals] in Montreal, and everyone goes there,” Sauvage said.

Relics from the textile industry are also on display, along with images of popular Jewish restaurants and artifacts from local retail institutions, such as the family-owned Steinberg grocery chain. 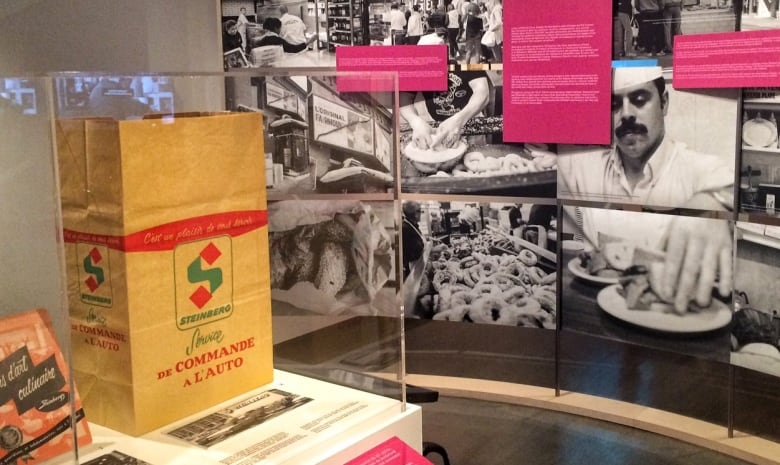 The museum took its Steinberg paraphernalia out of the archives for the retail room of the exhibition. (Elysha Enos/CBC)

Hollinger grew up in Côte Saint-Luc and would go to the Steinberg across the street from her home in Cavendish Mall.

“Especially as a kid, to me it was — when you go into Costco today and you see this big store — that’s what Steinberg was like,” she said.

While you were sleeping: Chocolate meltdown closes ...