President Obama Makes His Case Against Absolute Encryption At SXSW

AUSTIN, Texas — In an address to the tech community at the South By Southwest Interactive festival Friday, President Obama argued against the complete encryption technology giants like Apple, Facebook, and Google appear to favor.

“It’s fetishizing our phones above every other value, and that can’t be the right answer,” Obama said, referring to arguments that the government should have no entryway into phones.

The remarks were delivered in Austin, Texas, at a time when the FBI is trying to force Apple to unlock an iPhone used by one of San Bernardino terrorists. Apple, backed by a group of high-profile tech companies, has refused, citing the dangers of allowing the government a “backdoor” pathway into its encrypted phones. The FBI is now pursuing the matter in court. 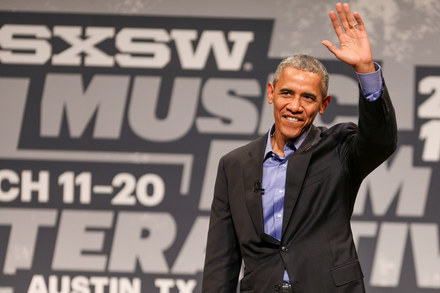 Despite the ongoing legal action, which Obama would not comment on, the crowd of tech-minded festival-goers welcomed the president warmly, offering loud applause and laughter at his jokes. At one point, Obama listed a number of his accomplishments, ending with the usually derisive: “Thanks Obama.” The crowd roared.

Obama’s argument against absolute encryption hinged on a comparison to searches of homes and traffic stops. When there’s probable cause of a serious crime, he said, law enforcement can obtain a warrant to search a home, go into a bedroom, and “rifle through your underwear to see if there’s any evidence of wrongdoing.”

“We agree on that,” the president continued. “Because we recognize that just like all of our other rights — with speech and religion, etc. — that there are going to be some constraints that we impose in order to make sure that we are safe, secure and living in a civilized society.”

There are reasons to make sure authorities can’t get into private smartphones, Obama acknowledged, adding that the disclosures of Edward Snowden had increased suspicions of the government doing so. But, he added, “there has to be some concession to the need to be able to get into that information somehow.” 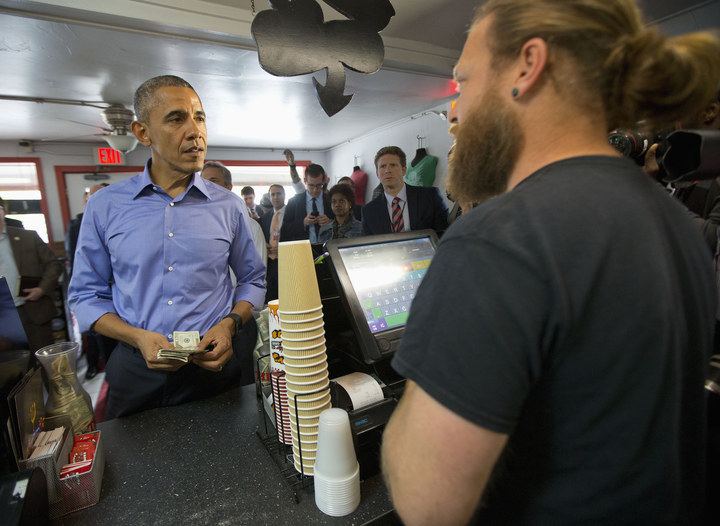 Obama also warned that if the tech community doesn’t help the government now, there could be consequences.

“What you’ll find is that after something really bad happens, the politics of this will swing and it will become sloppy and rushed and it will go through Congress in ways that have not been thought through, and then we will have dangers to our civil liberties because we will have not — the people who understand this best and who care most about privacy and civil liberties, that they’ll sort of disengage, or take a position that is not sustainable for the general public as a whole over time.”