The shooting happened at the Bronx-Lebanon Hospital Friday afternoon. Police later said a suspected gunman, who reportedly was a former hospital employee, killed himself.

A doctor was killed and several others wounded Friday at a busy hospital in New York City after a man wearing a white lab coat opened fire before killing himself, officials said.

The shooting happened just before 3 p.m. at Bronx-Lebanon Hospital. One doctor, a woman, was killed and six other people were wounded, Police Commissioner James O’Neil said. Among them were “several doctors who are fighting for their lives,” New York Mayor Bill de Blasio added.

Officials did not name the suspected shooter, but multiple news outlets, citing police sources, identified him as Henry Bello. O’Neill described the suspect as a former employee of the hospital who was wearing a white lab coat.

Police eventually found the shooter on the 15th floor, “dead of an apparent self-inflicted gunshot wound,” O’Neill said. An assault rifle was found nearby, police said.

O’Neill added that the hospital’s fire alarm system was triggered during the incident, “apparently due the suspect’s attempt to set himself on fire.”

De Blasio described the shooting as an “isolated incident” and a “workplace matter” with no apparent connection to terrorism.

“This was a horrific situation unfolding in the middle of a place that people associate with care and comfort,” he said. “A situation that came out of nowhere.”

Wilfredo Ramirez, a patient at the hospital, told BuzzFeed News that after hearing the gun shots he saw a security guard helping a victim who appeared to be a younger doctor.

“I seen the doctor covered in blood, shot,” Ramirez said.

Leonard Oyola, who was also in the building, told BuzzFeed News he heard a security guard yell “code silver” and that he let a nurse “covered in blood” use his phone.

Shortly after the incident began, a hospital spokeswoman told BuzzFeed News that “everything is on lockdown.” Images purportedly taken at the hospital showed what appeared to be people barricaded inside rooms.

Gerald Perez told NBC 4 that he too was in the hospital when the shooting began, left, then watched as other people fled the building.

“They were running away from the hospital,” Perez said. “They were trying to get out, so I knew something was wrong.”

Bronx resident Garry Trimmball told BuzzFeed News that his wife Denise Brown works at the hospital as a patient ambassador. Trimmball learned of the shooting when Brown called him to say that “somebody is in the hospital going around shooting people.”

“I was home sleeping, my wife called me, she said she was scared,” Trimmball said. “I told her, ‘Get off the phone, be quiet, stay low, and wait until police come.'”

Trimmball said his wife was still hiding in her office hours after the shooting.

Early Friday evening, employees waiting outside the hospital told BuzzFeed News that the evacuation was “mayhem,” with “people running in every direction.”

Images from the scene showed police escorting people to safety. 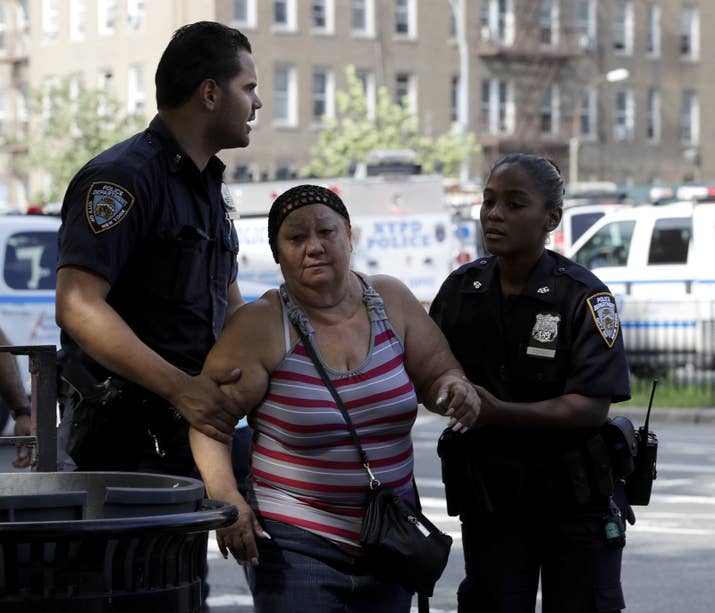 Is the Yellowstone supervolcano about to blow? ...

The US Military Has Delayed Enlisting Transgender ...